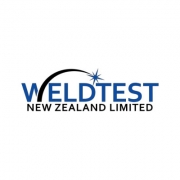 NDT is a wide group of analysis techniques used to assess the properties of a material, component or system without causing damage. As NDT does not permanently alter the article being inspected, it is a extremely valued technique that can save time and money in product evaluation.

The most common weld testing techniques is the visual inspection method. It is often enhanced by the use of magnification, borescopes, cameras, or other optical arrangements for direct or remote viewing.

Sound waves are utilized in the case of ultrasonic testing (UT), another volumetric NDT/weld testing method – the mechanical signal (sound) being reflected by conditions in the test article and evaluated for amplitude and distance from the search transducer.

Another common NDT method used for weld testing is magnetic testing (MT) which is used on ferrous materials involves the application of fine iron particles (either suspended in liquid or dry powder – fluorescent or coloured) that are applied to a part while it is magnetized, either continually or residually. The particles will be attracted to leakage fields of magnetism on or in the test object, and form indications (particle collection) on the objects surface, which are assessed visually.

Contrast and probability of detection for a visual examination by the unaided eye is often enhanced by using liquids to penetrate the test article surface, allowing for visualization of flaws or other surface conditions. This method liquid penetrant testing (PT) involves using coloured dyes, which are typically red, suspended in fluids and is used for non-magnetic materials, usually metals.

Weldtest New Zealand is a member of the New Zealand Non Destructive Testing Association (NZNDTA) and HERA (Heavy Engineering Research Association) and we provide services for all sizes of project from small fabrication facilities to major installations such as pipelines & bridges.

WPS and PQR’s. WHAT ARE THEY!?
Scroll to top